We were all moved via a Land Rover 4 x 4 over dirt and paved roads. Even though we were on the move, we still observed wildlife alongside the road and off the road including an elephant, close-up, a water buffalo, a variety of birds, and a pride of lions including cubs. In making this trip, we passed a number of villages in Botswana. Many were simple grass huts, such as the photograph below. The bathrooms were located outside, in this case at the left of the photograph. While this is “foreign” to western practices, Botswana is consistently ranked as one of the strongest-governed countries in Africa, especially in its role in containing corruption, regionally ranking the highest in both the World Bank assessment and Rule of Law Index. Botswana believes and practices ‘Ntwa kgolo ke ya molomo’, which means ‘disputes are resolved effectively by debating them to a conclusion, and not by going to war’.” The country is known for having strong personal freedoms, scoring high in both freedom of the press and personal property rights. Conservation has also been a strength of Botswana’s government, which has led to tourism driving 12% of overall GDP. 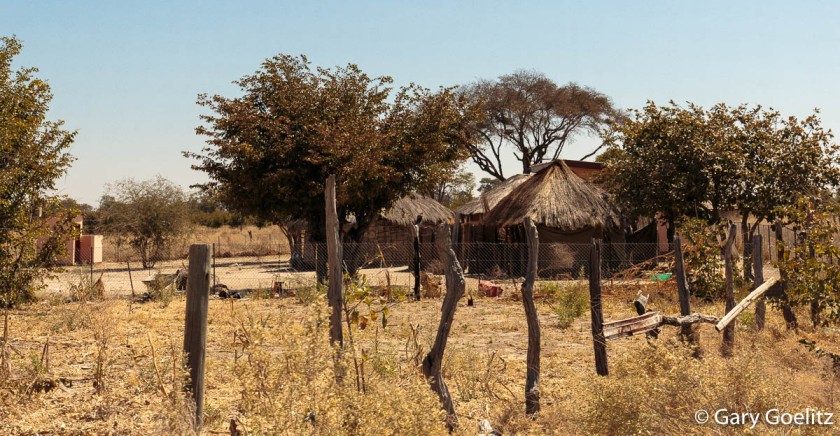 While on the move, we encountered an elephant using the same dirt road that we were driving on. The elephant, needless to say, got the right of way. The elephant gave us a warning by turning and facing us head on, with its ears extended and held out at its sides with its head held high and tusks raised. The elephant is trying to make itself look bigger and intimidate us. It worked. A photograph of this elephant is presented below. 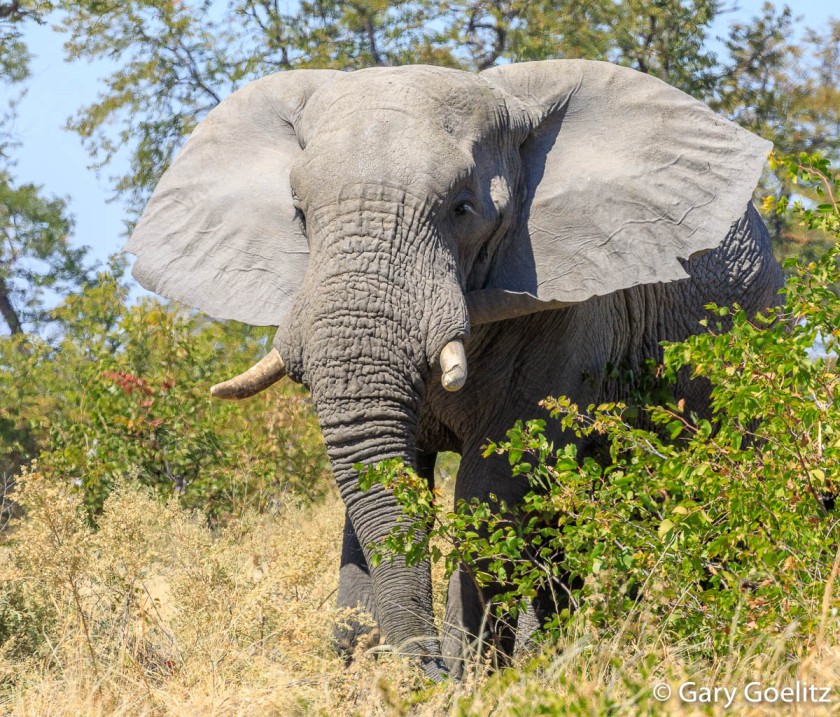 We also observed a Little Bee-Eater in the process of eating a bee. Little Bee-Eaters are a photogenic birds, not only because of their striking colours, but they also have an interesting character. Little Bee-Eaters often fly in flocks of four and five and, when they are not hunting as a team, they are usually posing together on a branch. Bee-eaters obviously eat bees. While they will pursue all types of flying insects, honeybees predominate their diet. Indeed, the world range of the bee-eaters is nearly congruent to the native world range of the four species of honeybees. 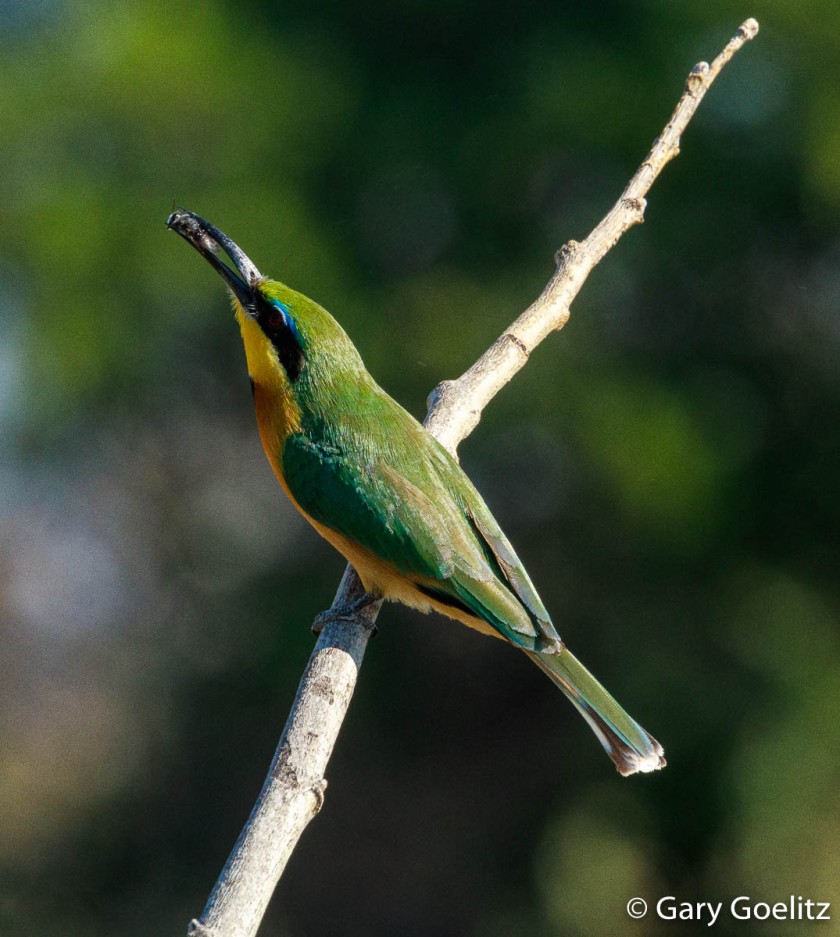 We observed puku antelopes. (see the photograph below). Puku are easily overlooked as they can be confused with lechwe or impala. They are slightly smaller in size and stouter in general appearance than the impala. Puku are nearly uniformly red. The males have smaller horns than the lechwe and impala.They occur in the dry fringes of swampland and rivers and are never far from water. Like their close relatives, the lechwe, they live in segregated herds with a territorial male separating thebachelors from the female herd. If, however, the bachelors are submissive their presence in the territory is tolerated. 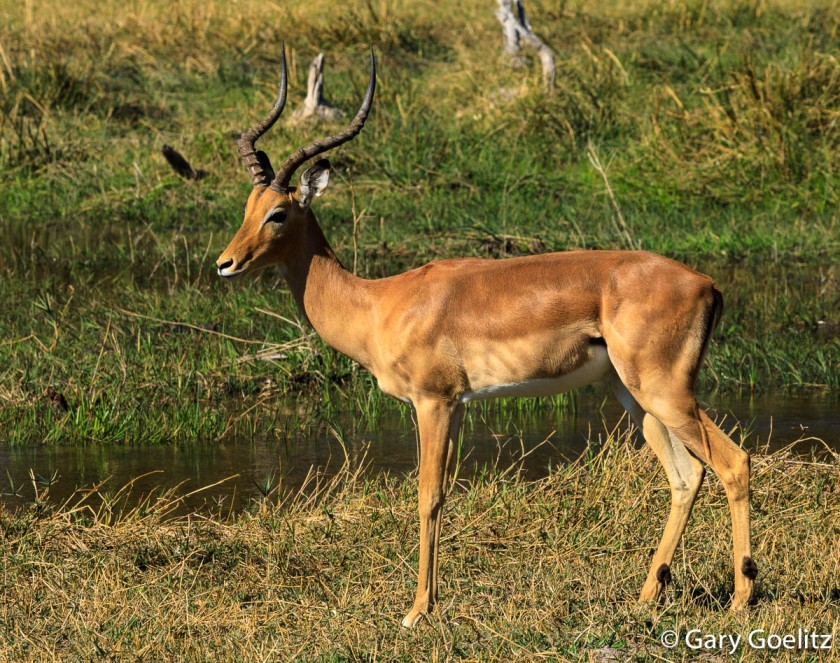 And we observed a saddle billed stork (see the photograph below). This is a huge bird that regularly attains a height of 59 inches, a length of 56 inches, and a 7.9 to 8.9 foot wingspan. It is probably the tallest of the storks, due in no small part to it extremely long legs. The long bill measures from 10.7 to 14.2 inches. The sexes can be readily distinguished by the golden yellow irises of the female and the brown irises and dangling yellow wattles of the male.It is spectacularly plumaged. The head, neck, back, wings, and tail are iridescent black, with the rest of the body and the primary flight feathers being white. The massive bill is red with a black band and a yellow frontal shield (the “saddle”). On the chest is a bare red patch of skin, whose colour darkens during breeding season. 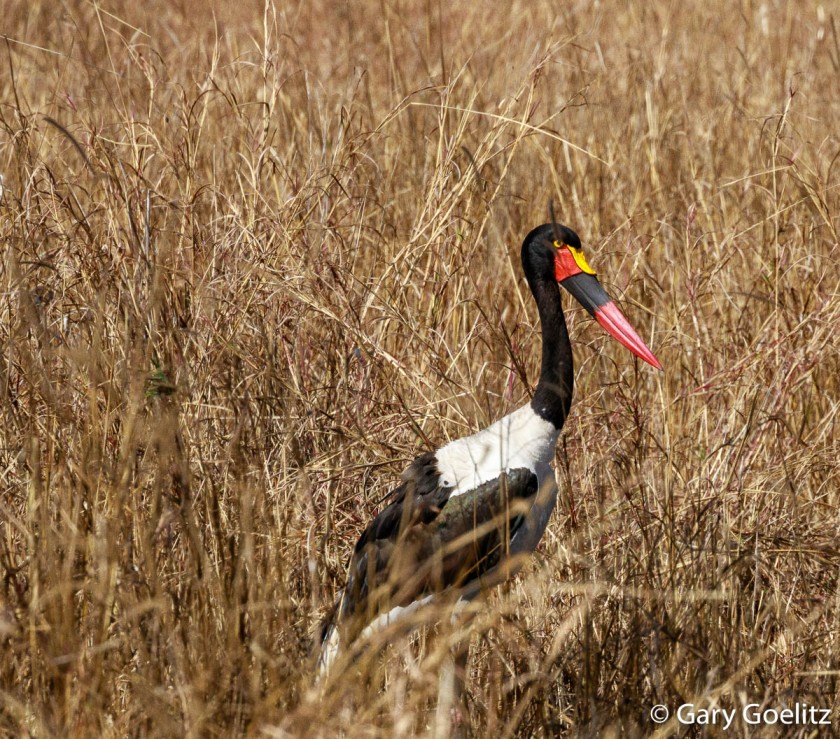 After the birds, we then encountered a pride of lions, including cubs. A series of photographs of the pride is presented below. 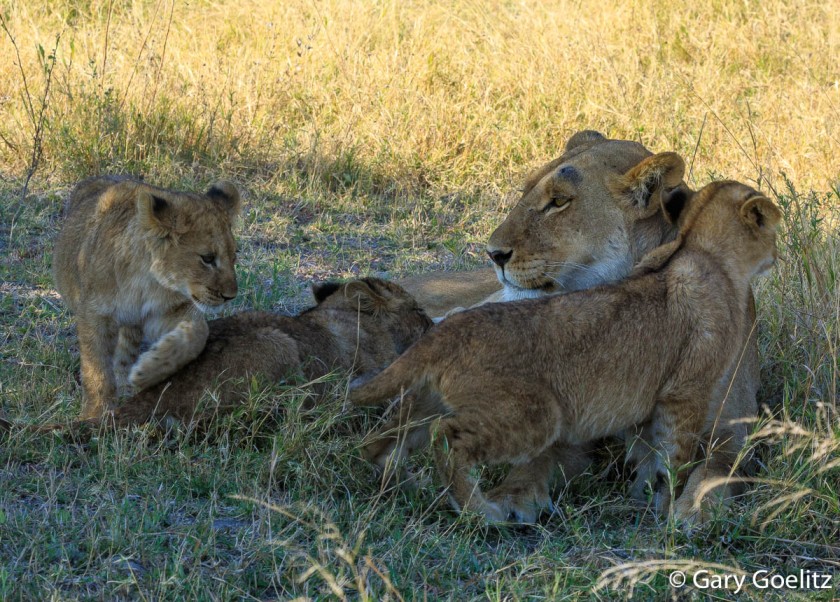 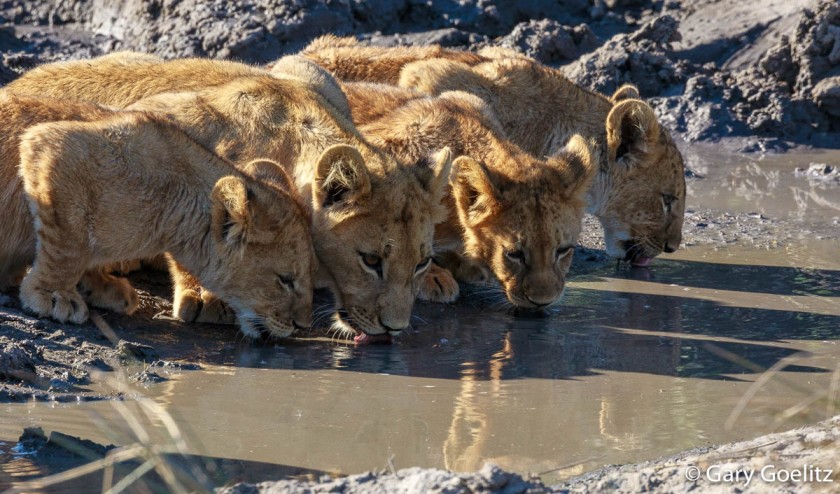 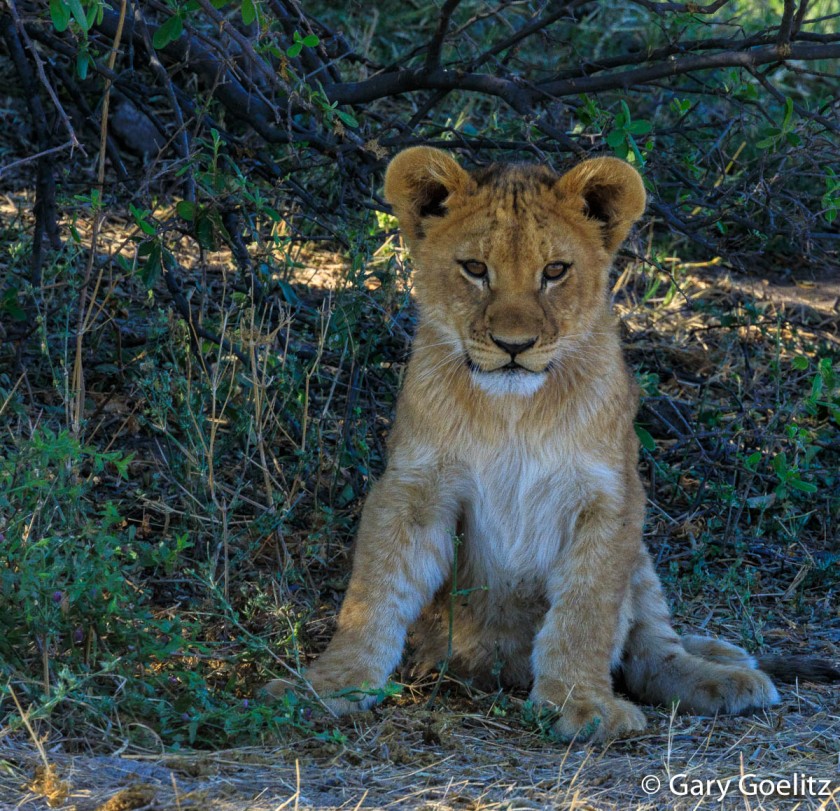 And lastly, we encountered an Italian tourist who had rented a 4 x 4, with a snorkel for getting though streams, and did what you would expect a male to do: to drive where you should not drive. He promptly got stuck.  We had to haul him out. Did not even bother to thank us; just drove on. 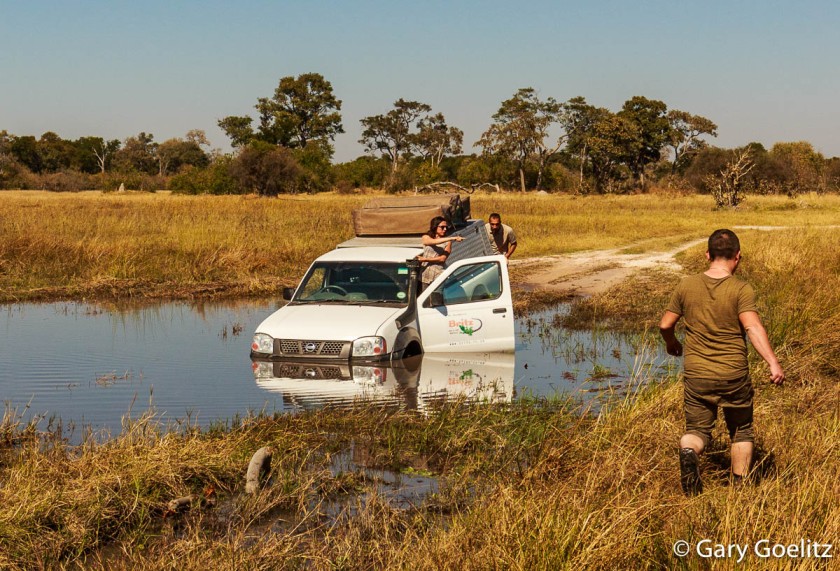